Kin Insurance needed a way to navigate communications during the fallout from Hurricanes Harvey and Irma.

Kin decided to build their claims process on top of SMS, utilizing Sonar’s API and Slack integration. Customers were easily able to initiate claims via text.

Sonar’s interface allowed Kin to communicate with hundreds of customers, help multiple customers at once, and increase response rates over 50%. 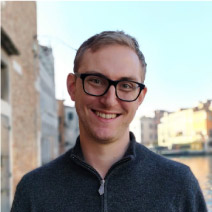 During one of the most catastrophic natural disasters in United States history, Kin Insurance was able to utilize Sonar’s capabilities to help their customers following Hurricane Irma. Automating the process through several key integrations, Kin Insurance was able to expedite the process of insurance claims, check on the safety of their customers, and increase the amount of customers each rep could assist.

In the midst of a natural disaster, communication is vital to ensuring the safety of everyone impacted. In the fall of 2017, Hurricanes Harvey and Irma flooded the Gulf and the majority of Florida. The subsequent damage landed both hurricanes on the list of top-five costliest storms in U.S. history. Combined, the damage soared to more than $175 billion.

Kin Insurance started operations in Florida earlier that year with the intent of demonstrating to homeowners that they deserved better treatment. Their goal was to elevate the standards of customer service and be seen as the premier insurance provider in the event of any emergency or natural disaster where communication and time are of the essence. As a company facing a devastating event, they were challenged with finding an immediate solution to the question: how can you communicate with all of your customers to check on their safety and start helping to pick up the pieces? 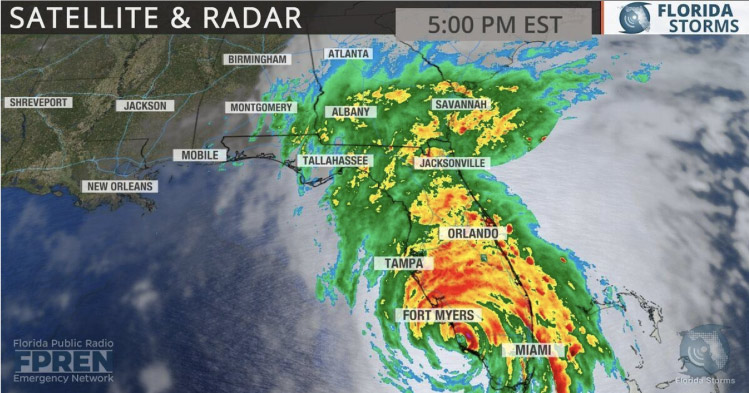 Before the hurricane made landfall, Kin sent out an email detailing all the ways to communicate with them if impacted. After Irma dissipated, they still only received a few emails in response. Kin knew they needed to do more to reach their customers, especially with the majority of Florida experiencing limited internet access due to the destruction. Kin had originally partnered with Sonar for the sales and marketing use cases, however, they recognized Sonar could be expanded for this exact situation. They quickly decided to build their claims process on top of SMS, utilizing Sonar’s API and Slack integration. From within their central CRM, they were able to send out a mass text to all their customers asking, “Hey, how are you doing? What’s going on? Do you need any help?”. Within 30 minutes, HALF of their clients had responded. Responses varied from “I’m fine, thanks for checking in” to “Hey, we need help. There’s a hole in my roof”. 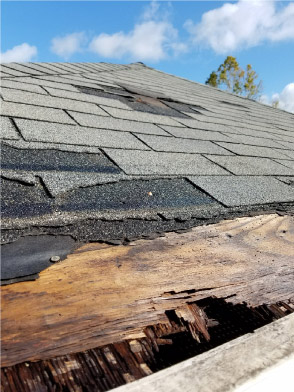 +1561xxxxxxx: We seemed to have made it thru ok. Thank you so much
If anything happens to show up we'll let you know

With two-way text messaging serving the frontline of communications, Kin was able to utilize a team that was a fraction of the size of most of their competitors to respond in real time, file claims, sort through pictures, multitask, and most importantly, deliver on their promise to their customers. They siphoned all respondents into three categories based on their immediate needs. Customers could take photos with their phones and immediately send them in for a claim. Kin cut down on the amount of wasted conversations over the phone so they could tend to as many customers as possible during this emergency. With text, every conversation and picture was archived so nothing fell through the cracks. They received hundreds of texts over the weeks following Hurricane Irma as Floridians came back into the state to assess the damage to their property.

“We routed their text responses into our policy administration system, our CRM system, our claims system, and Slack, creating company-wide visibility into how customers were communicating with us and which customers needed the most help.”

When we asked Grafton Robinson, the Head of Marketing at Kin Insurance, about their use of Sonar during the situation, he stated, “The thing here is we’re not selling our customers anything. We’re not trying to convince them. Simply put, there’s a job to be done here. A conversation that needs to happen (using any medium)... to solve a really immediate problem. We basically built a claims department from scratch using your SMS service.”

The reaction from Kin customers was even better. Kin Insurance did not receive a single response questioning the use of mobile communication. In fact, they embraced it. Kin’s feedback was overwhelmingly positive with replies such as, “Thanks for checking in, it means a lot to me” and “I’m really glad I have Kin insurance”. Mobile remains a huge part of Kin’s business to this day.

Kin Insurance needed a way to navigate communications during the fallout from Hurricanes Harvey & Irma. Facing roughly $20 million in insurance claims and 100s of customers still lacking basic utilities like power and internet, Kin Insurance had to find a way to reach the customers who needed their help.

Using Sonar’s API and rich-texting features, Kin Insurance found that two-texting was an easy and quick way to communicate with 100s of customers. Agents were able to multitask and help many customers at once and customers were able to easily submit claims via text that included pictures of the damage.

Using Sonar’s text messaging interface allowed Kin Insurance to communicate with hundreds of customers lacking power and internet services. By switching from traditional phone and email, SMS response rates were up to 50% within the first 30 minutes. Kin Insurance’s small team could manage at least double the number of customers per day than they could by phone.

Ready to streamline communication with your customers?