When phone conversations became too time consuming, StudySoup had to ﬁnd a scalable and cost effective way to convert prospects.

Utilizing Sonar’s API and interface, StudySoup was able to convert leads around the clock with two way texting.

StudySoup was able to qualify and convert 4x more prospects with fewer resources and increase engagement from 20% to 70%. 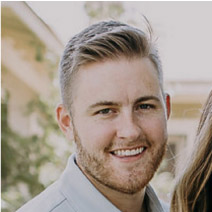 Mobile messaging is a powerful channel that enables companies to create personal relationships with their customers. Our partners leverage Sonar to engage with consumers, convert more leads, and ultimately drive revenue. In this case study, we spoke with Cody Eliason, the Chief Operating Officer at StudySoup to learn more about how they increased their conversion rate by 4x.

StudySoup is a peer-to-peer online learning marketplace where students can sell their class notes, study guides, and other course materials to their peers. The marketplace enables successful students to make money off their notes while helping their peers succeed. They have a robust training program that teaches their customers how to be successful and earn as much money as possible on their notes, thereby increasing the “supply” of great notes.

StudySoup initially looked at using SMS to automate and scale their lead conversion processes. While the team had a well-defined funnel, they were struggling to pull prospects through the middle stages with email reminders alone. To compensate, they were resorting to expensive and time- consuming phone calls to each of their prospects, hindering their scalability. Not only has StudySoup successfully scaled it's process to convert leads, they have since expanded their use of mobile messaging to many other touch points along their customer journey.

Before we take a look at where StudySoup is now, it is important to look at what was being done before they made the change to mobile messaging. 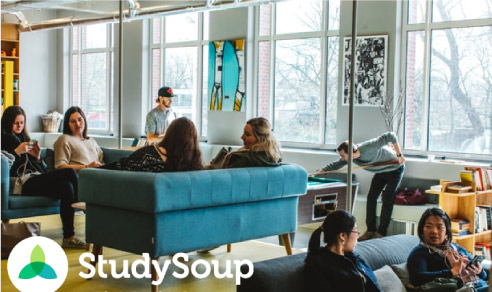 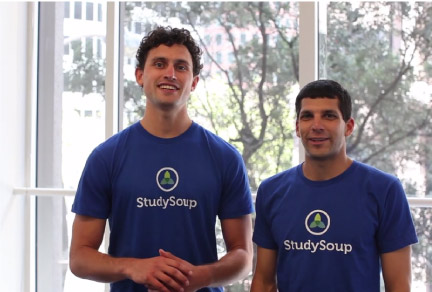 StudySoup has a funnel common to most companies. In their case, it starts with a prospective note taker filling out a form on their landing page. In this form, the prospect provides personal information such as their name, email address, phone number, and school they attend. From there, the first conversion event is getting the prospect to book an online training session. StudySoup provides a significant amount of training upfront to make ensure their expert note takers are providing the best content for their marketplace.

Once the prospect has booked an appointment, the next conversion point is to have them attend an online training session. This is where StudySoup was struggling in the conversion department. Oftentimes, a prospect commits to a meeting but doesn’t actually show up. Nevertheless, after a prospect has completed their training, StudySoup has them fill out their class schedule and exam dates. When that is completed, the last conversion point is to have a prospect upload their set of notes for the classes they are taking so StudySoup customers can utilize them for their courses as well.

When StudySoup began making the transition to Sonar, they had 30 sales agents employed. Each agent’s primary job was to pick up the phone and make phone calls to guide prospective notetakers through the funnel. As you can imagine, these agents ran into several hurdles. The first was actually connecting with a prospective notetaker. Their customer demographic of 18-24 year old college students rarely picked up the phone (not surprising as the industry average answer rate for cold calls is sub-10%). They found it difficult to get engagement or responses, in general, using phone calls. Secondly, the amount of time agents spent dialing, talking with a prospect (when able to reach them), and entering their notes into the internal CRM system took way too long to run a successful operation. With these limitations, their team of 30 agents could only speak with around 3,600 note-takers each month.

On top of the phone calls, the StudySoup team would also send email reminders. Cody mentioned the team was only getting a 20% engagement rate using these methods to convert prospects to attend training.

“When we thought about our demographic and looked at the need to scale and automate, SMS was the most logical solution.”

With scalability concerns and the demographic of their audience in mind, Cody and the team came to Sonar looking to scale their efforts while increasing the conversion rates they were seeing through customer-tailored phone calls.

StudySoup used a combination of Sonar’s functionality to achieve this daunting task in a matter of days. They leveraged Sonar’s API to trigger automated text messages to their prospects from the moment they fill out the form on their landing page (first step of their funnel) to the time they uploaded notes (last step). StudySoup also used the Drip Campaigns feature to segment their prospects and send dedicated messages nudging them to move forward in the sales funnel. Lastly, when prospects replied with questions or concerns, StudySoup agents were able to use Sonar’s platform to efficiently engage with their consumers.

With programmatic messages going out around the clock, StudySoup was able to engage prospects at the whichever hour they expressed interest in their service. SMS messages saw a 99% read rate and between a 40-60% response rate. Since rolling out Sonar, StudySoup’s agents now are able to help ten customers in the time that they would have originally taken to talk to just one. Sonar continues to help StudySoup in their mission to scale their operations.

Cody and the team believe mobile messaging has impacted their business dramatically and has allowed them to scale more easily than they could have imagined. The two main metrics that have been impacted by switching to mobile messaging are increasing the overall size of their funnel and improving response rates from their customers. StudySoup has since honed in the best path of conversion for their prospective customers.

Having 30 phone agents making 30 calls a day only allowed them to connect with 900 individuals at most. With a 20% engagement rate on the phone that means they were only truly connecting with around 180 individuals per day, or 3,600 per month.

Tapping into Sonar allowed them to reach and engage thousands of customers each day. Even better is that they are seeing a 70% engagement rate using mobile messaging. In October 2017 alone, StudySoup was able to handle 14,632 total conversations, four times the conversations they handled with their original phone-call approach a year prior, all while reducing the number of agents they needed to have on board.

The StudySoup team has leveraged Sonar and mobile messaging to significantly scale their funnel, improve conversion rates, and engagement with their constituents, achieving what was unthinkable in their phone-call days. Not only that, but their customers are so much happier now that they can text StudySoup -- a mode of communication their target market prefers.

Ready to streamline communication with your customers?